To-day in 1776, in Philadelphia, Pennsylvania, the Continental Congress adopts the Declaration of Independence, which proclaims the independence of the United States of America from Great Britain and its king. The declaration came 442 days after the first volleys of the American Revolution were fired at Lexington and Concord in Massachusetts There were Irish […]

Ninety one years ago to-day a huge explosion of stored munitions destroyed the Public Records Office of Ireland in the Four Courts building, and with it a huge swathe of Irish history. Part of the Four Courts complex was occupied by IRA ‘irregulars’ during the Easter vacation of 1922. After temporizing for over two months, […]

60 Years since the Evacuation of the Bla...

LEAVING THE BLASKETS – FROM THE EVACUATION TO THE GATHERING All Photographs from the Ionad an Bhlascaoid Mhóir (The Blasket Centre) archive   1953 was the year the Blasket Islands were evacuated. Life on the Island had become unsustainable.The dwindling island community was re-settled on the mainland and life on the Blaskets became a memory. […] 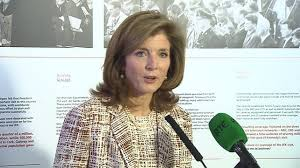 This week marks the 50th anniversary of President John F Kennedy’s visit to Ireland in 1963. To commemorate the visit, up to thirty members of the Kennedy family, including his sister Jean Kennedy Smith, his daughter Caroline, her daughter Tatiana,  her son Jack Schlossberg, the only grandson of the late President, will travel to  New […] 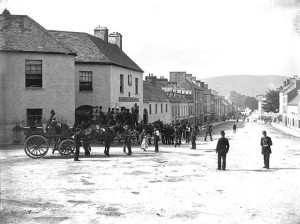 Kenmare Chronicle seeks your help: Next year will be the 100th anniversary of the begining of World War 1 and we would like to find out more about Kenmare people who were involved in it. Here we have a list of some of the Kenmare men who died during the conflict. If anyone can provide […]

Did you know that women of the ‘upper classes’ were not expected to attend funerals in the 19th Century.   Why, you might ask?   Apparently ‘for fear they would be unable to control their emotions’. I got this piece of interesting information from ‘The Unquiet Grave‘, The Development of Kerry’s Burial Grounds through the […] 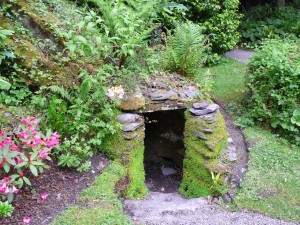 I was delighted to have an excuse to visit Derrynane last weekend.   I have been researching the genealogy of one of the O’Connell family for a South African client and he is proving to be a bit elusive.   Dr. Geoffrey O’Connell was a kinsman of Daniel O’Connell (The Liberator), who was in Paris […]

Two events will take place to-morrow in Listowel remembering those who were victims of the Great Famine – those who died from starvation and disease and those who were forced to leave their homes in  Kerry and emigrate to the United States, Australia, New Zealand and England. At 11 o’clock, two Listowel men who have […]

The Down Survey for Kerry

Last Saturday I was lucky enough to attend a lecture of the Irish Genealogical Research Society in Dublin where Kerryman  Micheál O’ Siochru, TCD Associate Professor of History gave us a very lively presentation on his work on the Down Survey of Ireland, which is now online.   Taken in the years 1656-1658, the Down Survey […]